Barley water can be used to ease the symptom of a urinary track infection in animals. The resulting water is is one of the best demulcents (also referred to as a mucoprotective; an agent that forms a soothing film over a mucous membrane, relieving minor pain and inflammation) there is. By soothing the tissues, the body's immune system has a better chance of knocking out the bacteria, especially if you back this up with other therapies.

How to Make Barley Water

Home made barley water is made by cooking pearl barley at the ratio of ten parts of water to one part of pearl barley. Rinse the barley well in cool water. Add to boiling water. Then turn the heat down and simmer until the barley is soft. Barley varies, monitor while cooking and add a little extra water if necessary. Let cool until room temperature then strain through cheese cloth. Keep refrigerated.

Syringe or spoon small amounts, or mix into yogurt, etc., offer to the pet often, daily for 6 to 7 days.

Parsley tea has been a used traditionally to treat urinary tract infection, kidney stones and liver, bladder and prostrate problems. The Cherokee Indians, learned of its medicinal value from the settlers who drank parsley tea for kidney and bladder pain, and edema, or water retention.

How to make Parsley Tea

Mince (cut up finely) 1 heaping Tablespoon of fresh parsley (including stems) and put in a cup.
Boil 8 ounces (1 cup) of filtered water. Pour over parsley.
Steep, covered, for 20 minutes; strain — allow to cool to room temperature. Refrigerate unused portions for up to 24 hours (it should be made fresh daily). It may be warmed in a hot water bath before giving. Give 3 times daily, throughout the course of 6-7 days. Offer as much as the pet will drink. 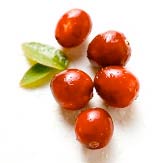 Pure cranberry juice (unsweetened and unpasteurized) has been a very effective treatment for UTI.

As far back as the 1840s, researchers in Germany had noted that the urine of people who consumed cranberry juice was high in hippuric acids; this finding was verified by American scientists in 1923. It has the same effect on animals too.

They speculated that the acid inhibited the growth of the bacterium E. coli, which caused the most common and chronic kinds of urinary tract infection. Later on it was discovered that certain compounds in cranberries block bacteria from adhering to the bladder wall, so that the body can more easily flush out the bacteria.

How to make your own cranberry juice; Fresh cranberries are preferable but when they are not in season you can use frozen cranberries.

Grind up 2 cups of cranberries in a food processor or blender.
Add them to 4 ½ cups of filtered water.
Simmer at a low heat until the cranberries become very soft.
Remove from the heat and strain through a cheese cloth. Keep refrigerated.

Dilute it with filtered water to cut down the strong bitter taste. Most UTI infections clear up within 4 days, but it's a better bet to continue the treatment for at least 7 days. It can be mixed in yogurt to make it more appealing to the animal. The dose for juice is 1ml per pound of body weight daily.

If your pet refuses the tart taste of the juice, Cranberry can be given in capsule form. Dose twice daily for 5 days then once daily for maintenance

Please Note: Any information given in this website is not intended to be taken as a replacement for medical advice. Anyone with an animal with a medical condition requiring veterinary attention should consult a qualified D.V.M. practitioner or veterinary emergency care clinic.